Don’t Beat Up Your Castings 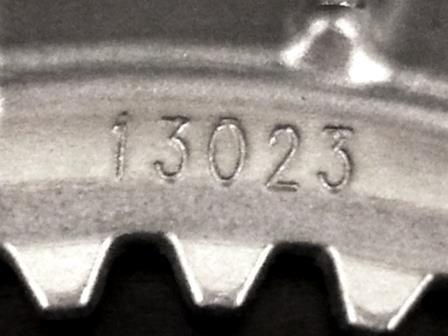 You don’t want to beat up your castings during shot blasting; right?

Using blast media that is significantly harder than your cast parts can obliterate part numbers, date codes, and destroy other part detail that you spent time and money to create.

ZA4 Alloy Cast Zinc Shot is the right hardness for shot blasting light metal cast parts (see all applications). Hardness (91 Knoop) is close to the hardness of your castings and will not damage them. This has the added benefit of reducing damage to blast equipment so that you don’t have to replace wheels, blades, and other high-wear internal components (see what a wheel running Cast Zinc Shot looks like after 16,200 hours). At a bulk density of 246 Lb/Ft3, Cast Zinc Shot is similar to steel shot and will have no problem performing in existing shot blasting equipment.

Along with a significant reduction in damage, shot blasting with Cast Zinc Shot improves the surface finish on cast parts. The shot leaves a smooth, bright surface finish on parts that will set you apart from your competition. Parts will not flash rust in between production steps or emerge with a dull, dusty appearance.

Get in touch by filling out this short form: